The morning before our train to Lyon, we went around Paris tying up a few loose ends, re-doing sights that we felt should be redone before we left.

But first, we stopped by Café de la Comédie for breakfast: 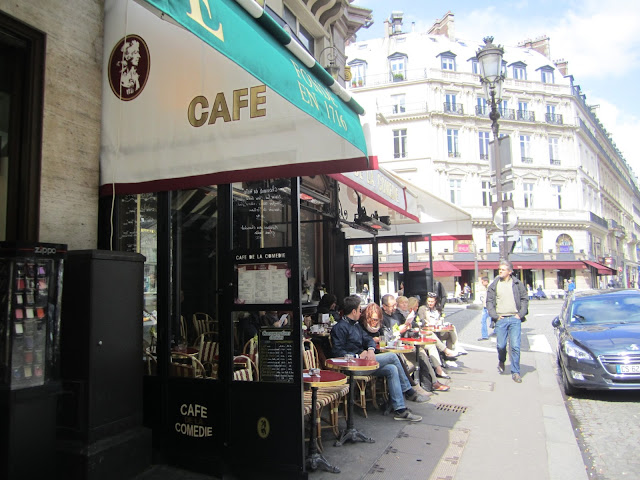 If you want to do the French thing and sit at a cafe looking out at the street, don't travel with more than a group of two.  If you have a party of three or more, you head on inside: 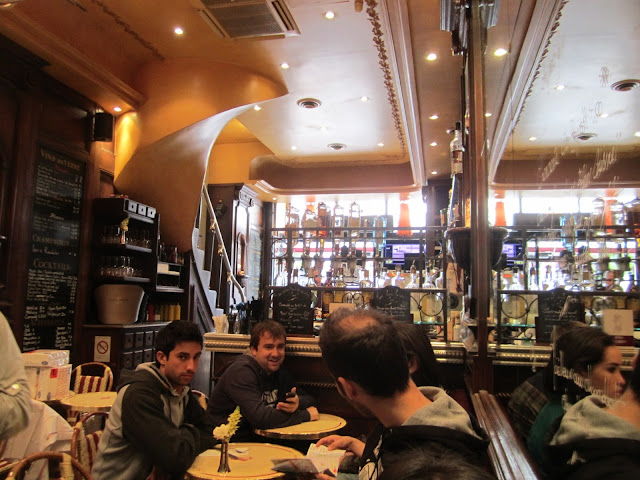 Given that we found the place on Yelp, we probably shouldn't have been surprised to be surrounded by American tourists.  That would have been fine in itself, but the particular table of Americans behind us (pictured above) were about as douchebaggy as stereotypical American college boys can get.

Yes, we realize we're taking pictures of our food.  No, you don't need to loudly point it out as if we don't SPEAK THE SAME LANGUAGE.

Funny how even with all the snobby Parisians we met, the rudest people we encountered were our own.

Apparently French onion soup is quite hard to find in Paris.  If you're not looking in a cafe that caters to the tourist crowd, that is: 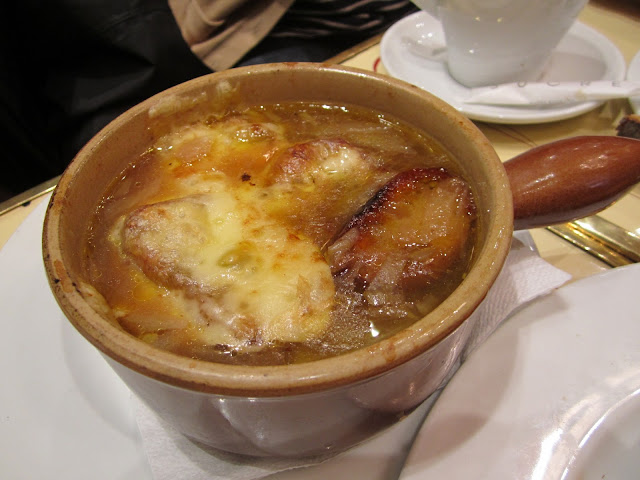 I'm not sure I understand the appeal of French onion soup.  It seems like just soggy bread, salty broth, and a chunk of cheese to me.

The whole reason why we went to Café de la Comédie was this, croque monsieur: 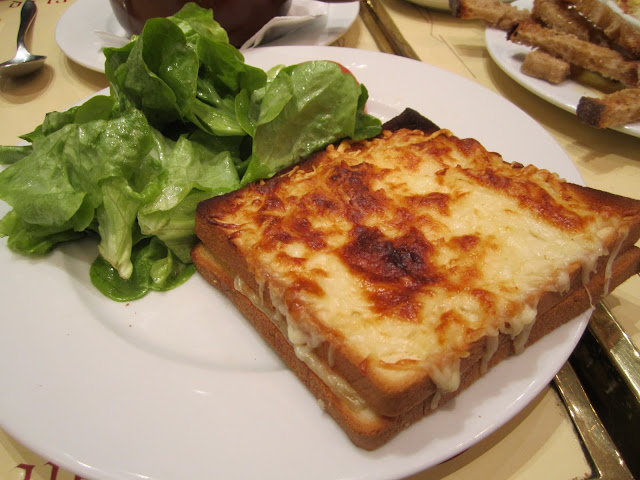 How can anyone go to Paris and not eat a croque monsieur?  It's basically a grilled ham and cheese sandwich...but fabulously French.

We didn't really know what a oeuf cocotte au foie gras was, but we ordered it anyway because we knew that 1) it had eggs in it and 2) it also had foie gras.  Which was basically what we got: 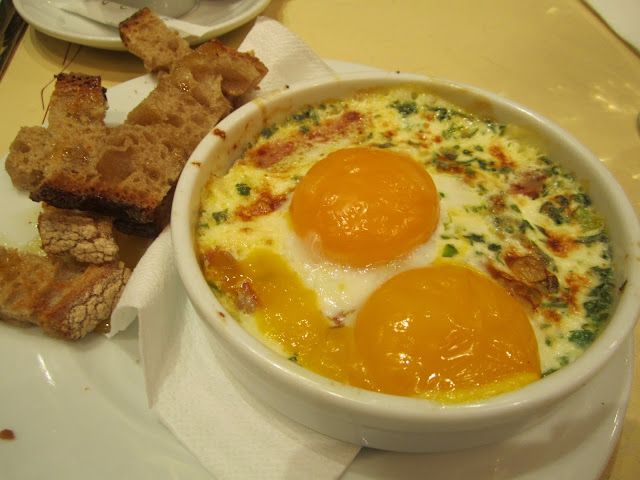 If my research is correct, oeuf cocotte is essentialy eggs in a ramekin cooked in a water bath.  This particular oeuf cocotte came with pieces of foie gras.  Yummy.  The pieces of toast on the side were drizzled with honey.  We found that kinda weird because the honey was soaking into the napkin lining the plate.  Not so yummy.

When dining in Europe...always specify that you want tap water.  Unless you like paying 6 € for a small bottle of water.  Which is what happened to us.

If you don't mind paying an arm and a leg for bottled water, be my guest.  I don't know if we can be friends though. 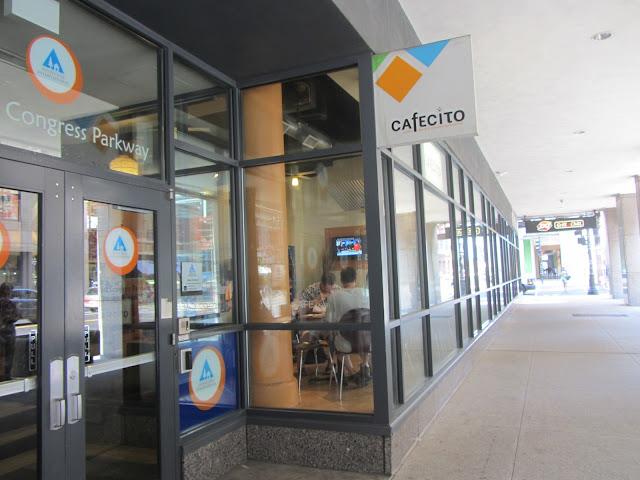 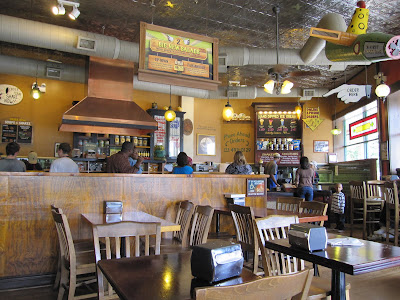